Good news: I made several trips this summer around the country…including one out of it.

Bad news: I made several trips this summer — including one out of the country.

We actually had a great time — but learned several things (and avoided some problems) through research, experience and some fancy footwork. Now you can have an even better time on vacation, thanks to our hard-won discoveries! 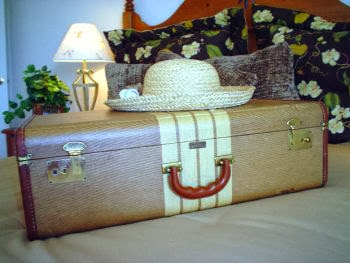 An expired license is no picnic to discover in the middle of Idaho, or on a desert road in New Mexico. Put a note on your calendar at least six months before expiration dates for your license…and most importantly, getting or renewing a  passport. If you’re headed anywhere out of the country, Canada included, you’re going to need that passport. (And it’s going to take up to two months…or big bucks… to get it back in time.)

#2.  Renting a car internationally? In many cases…you should

Some of the best places are off the beaten path — places you can’t get to by train or bus. (And you’d have to adjust your schedule to theirs, instead of vice versa.) Rental rates are surprisingly modest, too.

But the issues may be more complicated than you think. We learned these lessons from our recent trip to Ireland, but I have a sneaking suspicion they apply to many other countries, as well.

After the umpteenth near-miss from a charging tour bus, and scraping by bushes on narrow lanes, I realized — Ireland’s roads are beautiful, all right, but they’re scary. (Not to mention the whole driving-on-the-left-side business.) Insurance isn’t just helpful – it’s critical for countries like this.

You may be relying on insurance from your credit card when you book a car internationally. That’s fine — but did you know that an international car rental agency may only accept one card’s insurance plan?  (In our case, it was the Chase MasterCard — which is helpful for another reason I’ll mention in a bit.)

Not only was just one card’s plan acceptable to the Dooley Agency (our car rental in Ireland), but we had to produce a written notice proving it. A notice that took at least a few weeks to arrive from the credit card company. Fortunately, Husband did his homework ahead of time. (The agent glanced at the envelope, and didn’t even ask to open it.)

If he hadn’t done this? We would have been charged roughly triple the amount it cost to actually rent the car. This is another item that should go on your checklist at least a month or so before your departure date.

#5.  You can’t always take a rental car from country to country

In spite of our American penchant for independence, you must ask permission before doing so. Even if it’s possible, you’ll probably have to pay extra. A lot extra. Even taking the car ferry from Ireland to Scotland would have cost us a bundle.

For one, it lets you keep just one vehicle for everyday use. For another, using a rental for long road trips puts the wear and tear on the rental car — instead of your aging vehicle. (It’s certainly helped us stretch the use of our 216,000 mileage Jeep Cherokee.)

You still should have insurance — but many credit cards have an automatic program for this. (Check ahead of time!) And the agency will generally take your word for it. (Or a simple phone call or online check will prove your point.)

#7.  Get the right debit and credit cards — leave extra cash and travelers’ checks at home

Many overseas merchants are reluctant nowadays to cash travelers checks, thanks to fraud. You won’t need them, anyways, if you’ve got a good debit card. ATMs are everywhere, and generally easy to access. (Check by researching your country ahead of time, if you’re headed overseas.) ATMs will act as a currency exchange, as well — and for a lot less than many ‘official’ moneychangers will charge.

Remember the Chase MasterCard I mentioned earlier? This is one of the very few cards that doesn’t nail you for higher fees, whenever you use it out of the country. (Ask ahead of time, so you know what you’re being charged.) You can also charge items in U.S. dollars, or the local currency — your choice. (Extra tip: European credit cards have an extra chip our U.S. cards often don’t. Ask for your card to be swiped — it won’t always work just by being scanned.)

Rick Steves, famous for his “Back Door To…” approach to travel, suggested doing this. And he was right! Husband and I had done a summer by motorcycle back in our grad school days, stopping wherever we felt like it, and as long as we wanted…and it was wonderful.

I booked the first night on the Irish trip — because I knew we’d be exhausted after the 8-hour plane trip and would want to crash. (We were, and we did.) I did the same thing for the last night. (We had a morning flight home, so I booked close to the Dublin airport.) The rest of the time, we wandered where we wanted, when we wanted to…including staying a few nights with cousins who lived in Galway.

Never — not once — did we not find a place to stay. Not only were the B&Bs and hotels good, but they uniformly cost less than the places I’d booked.  We had comfortable beds, private bathrooms and free (though usually slow) Wifi. (Which I conveniently ignored most of the time. After all, we were on vacation!)

#9.  Get breakfast thrown in

Our Irish spots  offered a plentiful “full Irish” breakfast: a fried egg, two ‘rashers’ (thick-cut Irish bacon), two sausages, and black and white pudding. (The latter are odd little round guys with a strong taste. Don’t read this link, if you don’t want to know what they’re made of.) Add in a basket of hot toast and Ireland’s ubiquitous brown bread, along with a pot of tea, and you’ve got a protein-rich breakfast that kept us satisfied for hours.

Ironically, the only places that didn’t include a free breakfast were…the spots I’d booked online for the first and last nights. (Go figure.) In those cases, they did have free tea and coffee, which we made do with some protein bars I’d brought via suitcase.

These are popular not only in the U.S., but in many countries. They’re cheaper across the board, sure. But even better, they’re often part of better restaurants’ offerings. Get great food and multiple courses for a very reasonable price — as long as you eat between 5:00 – 6:30 p.m. (Check the restaurant for specific times.)

A good breakfast, an early-bird supper, and perhaps a quick stop now and then for coffee and some brack (fruitcake) — and you’re saving money, as well as enjoying yourself.