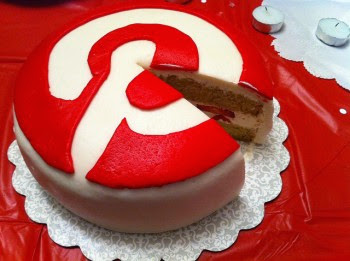 Pinterest is one of the newer social media platforms and as of July 2013 it had 70 million users. It turns out Pinterest isn’t just made up of a bunch of unsocial people who have their noses glued to their phones pinning things everywhere; a lot of people are using this new social media platform to market their business. With that said, here are six ways to market your business using Pinterest.

If you’ve received your MBA in business, then you know the importance of a marketing strategy. Utilizing social media platforms like Pinterest is no different! Pinning for fun is easy because you can pin anything to whichever board you choose. Pinning for social media marketing takes a bit more thought, though, and that’s why making a plan before you start pinning is a good idea. Your customers should be able to pin from your blog or website. That way, your product can be easily shared. Before you create boards and start pinning, research what your ideal clients are already pinning. That’ll give you a general idea of what boards will best speak to your customers.

Check for a Legitimate Source Before Pinning

The Internet is filled with images, but most of those images have been copied several times from their original source. Before pinning something on Pinterest, it’s important to find the original source of that picture so you can attribute it correctly. It’s also important to make sure the image comes from a legitimate source. Crediting sources correctly while also using legitimate ones will also improve a pinner’s perception of your company, which will increase your pinning success as a result.

Remember That It’s All About the Images

Pinterest is all about pinning, posting, liking, and sharing images. The most important thing to remember about Pinterest is that people are pinning images of their favorite things or stuff they’re passionate about. It’s all about bringing people together that have the same interests and increasing purchasing potential.

For example, people use Pinterest to organize their Christmas wish list. This makes it easier for family members to find the image, click the link, and then pay for the product immediately online. Marketing is increasingly becoming more image based. Customers react in a positive way when businesses connect with them visually.

Like other social media sites, Pinterest encourages us to spread our wings and become social butterflies. Facebook would be boring if you didn’t ‘Like’ your friends’ pictures, post comments, or update statuses. The same thing goes for Pinterest. It won’t benefit your business if you just scroll through to see what other people have pinned without pinning anything yourself.

It’s important to not only like other people’s pins but to repin them if they strike your fancy. Also, practice common courtesy and say thank you to those who repin your pins. Last but not least, get involved with group boards. This gets your images in front of a larger audience in a shorter amount of time.

Following the tips above will ensure that you become a pinning genius. Social media marketing on Pinterest can be positive for your business if you put the right amount of effort into it and do it wisely. Being authentic and consistent will get you a long way on Pinterest. Use the five aforementioned tips and your business will shine on Pinterest in no time.