There’s always something to worry about. You hate your job…or don’t have one. The kids are acting like morons. (Worse yet: your parents are.) You don’t have enough for those concert tickets…or you bought the tickets, and now wonder if you have enough for everything else!

Four of the issues currently high on the Bad Things That Could Happen chart are easy to be concerned about. We’ll take them one by one. (Oops, there’s only space to cover three. The zombie apocalypse will have to wait.) 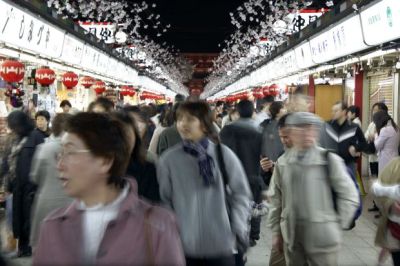 FACTS TO WORRY ABOUT:

Let’s begin with the newest flap on the market: our privacy, and what the National Security Agency has been doing about it. The ongoing worries about terrorist attacks have only been aggravated by 9/11, the British subway bombings and other horrors. To counteract this (so they say), the NSA has been monitoring private phone conversations, not to mention online e-mail and postings, at an alarming rate. Recently, they were forced to acknowledge during secret Congressional hearings that agency officials no longer asked permission before listening to private phone calls.

In spite of clear testimony, Director of National Intelligence James Clapper is insisting that Congress and the country misunderstood. Clapper said later, “The statement that a single analyst can eavesdrop on domestic communications without proper legal authorization is incorrect and was not briefed to Congress.” Note that he did not clarify what “proper” authorization would be; some reports are suggesting that permission from a supervisor is more than enough.

If that’s not enough to keep you up nights, there’s always the upcoming specter of national health insurance to think about. This unwieldy behemoth is the Patient Protection and Affordable Care Act; otherwise known as Obamacare. Healthcare costs and premiums have been rising steadily for years, leaving millions of people dangerously low on coverage — or not insured at all. The PPACA is attempting to fix this inequity. It started with smaller decision implemented after the Act was signed into law March 2010 by President Obama.

Now the really serious stuff is beginning. Obamacare requires the states to offer a variety of insurance plans with graduated premiums by October 1st of this year. These new plans are supposed to make health insurance affordable to everyone, regardless of income of insurability. And if you don’t take advantage of them? Penalties for remaining uninsured begin in January. Yes — Jan. 1, 2014.

The third monster in the closet has been there for decades, but is starting to peek out: Social Security. This program began paying out more than it took in 2010, and is slated to reach critical mass in 2037, give or take a year or so. (Barring no changes, that is.) Is there enough left to fund retirement checks for decades to come? Even now, benefits are not keeping pace with inflation: a bare 1.7% cost of living adjustment was allowed this year. (2010 and 2011 got no increases at all, though 2012 showed a 3.6% increase.)

If Social Security doesn’t go bankrupt, how different will it be for future generations? How much older will they have to be, before they’re eligible? How much less will they get?  (A good overall look at this issue is here.)

*Worrying isn’t going to change anything.

The NSA isn’t going to revamp its modus operandi just because the average citizen doesn’t like being watched. (Or listened to — take your pick.)

Focusing on these issues to distraction will take away from other important issues, like your family. Will it help you figure out your budget, take better care of your two-year old, or let you sleep better? Of course not. Acknowledging that is the first step on to the road to:

*Taking concrete action, when you can. It does make a difference.

Social Security – For starters, it’s an easy matter to determine what you would receive from Social Security. Filling out a ‘My Social Security’ checklist will give specifics, as well as a ballpark financial benefit. It takes about 15 minutes — not much time, when it means so much to your future.

Skeptical about Social Security’s role in your retirement? Moaning and groaning that the money won’t be there, when it’s your time?  Then don’t plan on it. Start saving more now. Previous posts on this subject are helpful; go here andhere to start. (If you’re a Brit, try these, too.) Want to jumpstart your savings — fast? This will help. If you’re wrong, and Social Security is still hanging around, you’ll have an extra check to work with, rather than less. Now that’s a mistake worth living with!

Healthcare – The healthcare issue is more urgent. Obamacare was repealed by the House in recent months, but signs are clear that won’t be happening in the Senate. It really doesn’t matter: the deadline is less than six months away. Now’s the time to take a clear, hard look at your finances. One of the Act’s directives to the states was to provide a variety of plans at various costs — and some of them have price cuts for lower incomes. (‘Uninsurable’ people are included, too.) Start planning now, and you’ll be ready for a decision in October.

Privacy – And your need for privacy? Start by considering how much you’ve been an unwitting participant, by your use of social media like Facebook, Twitter and Pinterest. It isn’t just the government, either. As one recent cartoon pointed out, “All the social media we use for free…I just realized why it’s free. So corporations can track what we ‘like,’ our buying habits…they probably know our income, debt limits and credit history!” [Stone Soup, 6/22/13]

*Educate yourself — but do it responsibly.

Talk Radio and TV hosts have been yammering themselves blue about this for years, but offering few solutions. The mainstream media likes to bring it up, as well. But do they have the best interests of the public in mind…or are they trading on the shock value? Are their conclusions based on researchable facts, or are they exaggerating?

Find the best articles you can, both on the Internet and in publications. Try to find a range, from conservative to liberal, pro and con. Ask yourself, “Why are they giving me this information? Does it make sense?” Then the kicker:“Are they selling something?” Think for yourself, then take action. (This may and should include writing your congressperson, and planning to vote the next election.)

*What’s the worst that could happen?

I’m with you — I would rather keep my conversations private. But if the NSA feels the desperate need to listen in on my mom’s latest quilt project or enchilada recipe, more power to them. Frankly, our life is so basic, they’ll get bored very quickly. (We discuss the important stuff in person, well away from security cameras, not on the phone or online.)

If Social Security founders, and you haven’t saved extra, you’ll need to learn to adapt — including living on less. Giving up your vehicle. Or sharing a home. Most evidence points to Social Security still existing in the near (and probably far) future. It will just be less, and you’ll have to be older to receive it. Get used to the idea.

And health insurance? If you’ve been going without for years, thanks to the variety of plans that are mandated (including a number pro-rated in price for lower incomes), you may actually have health insurance. That can be a real blessing.

Just don’t get all upset about it. Frankly, it’s not worth it.