Following on from our post earlier in the week regarding the Peril of Getting Rich, it probably comes as no surprise that one of the last things you’re likely to reflect upon while lying in your deathbed is the state of your bank account.

And while deathbed ruminations aren’t the most cheery of blog topics, the dangers of living a finance-centric life have never been more poignantly driven home than through a recent study which reveals the top five regrets of the dying.

The regrets – or ‘advice’, if you will – has unsurprisingly gone fairly viral (most likely because it’s something which we can all immediately relate to) and while it is a fascinating study in and of itself, today we’re going to look at it through the lens of financial management.

1. I wish I’d Had the Courage to Live a Life True to Myself, Not the Life Others Expected of Me

Like all of the regrets on the list, the first is pretty intuitive but for some reason very difficult to live by.  This is especially true when it comes to money and careers in particular.

Perhaps it’s really in your blood to be a venture capitalist; it’s your sole calling, and something you dream about at night. However, chances are you work sixty hours a week in a pretty soulless job to fund the five bedroom condo you never get to relax in because you work in a gray office for sixty hours a week.

In a nutshell, if you’re not happy doing what you’re doing now, you won’t be any happier in the future by repeating the same actions. Working as a venture capitalist, no matter how hard you work at it, won’t ever help you fulfill your dream of backpacking around India (or whatever).

It’s not all that surprising that the first two regrets center around work, since that’s generally where we spend all of our time… but should it be?

If the dying are to be believed, you should take the rest of the afternoon off right now and go eat an ice cream or something. Really, you shouldn’t be reading this blog at work anyway.

Most of us are fortunate enough to live in a world where if we take a week off work, nobody is going to starve to death or probably even notice we were gone. In fact, it’s more possible than ever to just leave your job and focus on monetizing what really makes you happy.

3. I wish I’d Had the Courage to Express my Feelings

While this one is probably meant in a more general sense, it does have a practical application in terms of financial management. All too often people are afraid to pipe up and directly ask for a long-overdue pay rise, or explain to their partner that they would rather cut back on luxuries rather than continue to work insane hours.

If you remember an occasion in which you were honest about your desires and expectations, you’ll probably struggle to remember anything bad that happened as a result.

4. I Wish I Had Stayed In Touch With My Friends

This is one regret that shouldn’t be legitimate going forward. Before the advent of the Internet, it was entirely possible for people to fall off the map; these days, it’s virtually impossible. 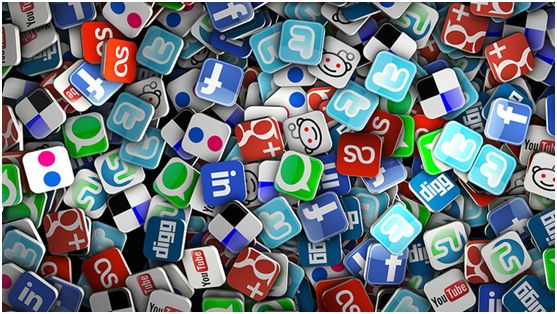 Ideally we should all keep those who enrich our lives within them, but take a minute and think about those who have fallen out of your life. Want them back? You’ll find them in twenty seconds flat just doing some quick searches on the main social media platforms.

This is one regret that is very easily prevented.

5. I Wish I Had Let Myself be Happier

With around two thirds of people miserable in their current job, it’s a shame that we spend so many collective hours doing something we dislike. We often look at those who have monetized hobbies or quirky activities with a lot of jealousy, and see them as people who ‘caught it lucky’. In reality, they’re exactly the same as us – only thing is, they don’t just dream, they do. These are people who realize that you’ll never be able to buy your own freedom by doing something you hate for long enough; happiness is a choice, not an expensive purchase to save up for.

If you need any more convincing, here’s a little bonus video from the inspirational Alan Watts: