Ah, the bliss of traveling alone

Go when you want, and do what you please while you’re there. No arguing with someone else about food or pillows; if you’re in the mood for Mexican or an extra soft-top, you’ve got it.

Sure, it can sometimes be lonely. But an increasing number of singles are not only traveling on their own, but meeting up with others via online forums (like this one from AARP) and other social groups.  Two bloggers, Janice Waugh and Tracey Nesbitt, have even made a business of their ‘Solo Traveler’ website. Waugh’s book, The Solo Traveler Handbook, is currently out in its second edition.

I’ve traveled both on my own, in college and as part of my ‘other’ job, teaching and appraising. And I’ve traveled with Husband, as well as our daughters. These are all pleasurable, but there is something particularly memorable about being able to savor a place fully. Take your time at the museum, or wander down that path toward an intriguing beach house. No one’s stopping you. 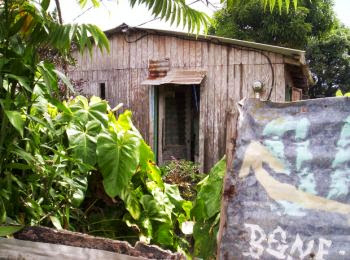 If you’re thinking about doing a trip on your own, these tips should help. (They’ll come in handy for duo and group travellers, too.)

No one else will be making sure you have your passport, extra money and hotel reservations in hand. Keep the basics collected in one or two handy, preferably well-hidden spots. (Two places ensure you’ve got a fighting chance to retain enough resources to keep going, even if one was pickpocketed.)

Double-check on what’s accepted where you’re going, and how to use it

Two recent trips — one to Amish country in Shipshewana, IN, and one coming up, to Ireland — reinforced this. While I enjoyed the carriages, buggies and tidy farms in Shipshewana, it didn’t exactly occur to me that Amish grocery stores would not accept credit cards. (They don’t, only checks and cash.) I’d only brought along a few checks and some ten-dollar bills, which were quickly exhausted. Fortunately, I was able to borrow cash from a family member who came down to visit — or I would have been in deep trouble.

The trip to Ireland was the opposite. When booking a rental car, it quickly became evident that the agency I was using would accept only one card: the Capital One MasterCard. Fortunately, we had one. Even more startling, the agency warned us that they would be putting a temporary hold on a good-sized chunk of the card’s credit line, to cover possible car damage and repairs. I wasn’t worried about that possibility — but if I’d been depending on that extra credit to get through the trip, I would have been in equally deep trouble.

How will you carry your funds?

Credit and debit cards are increasingly usable here and overseas. (Well, not in Amish country.) ATMs are growing more plentiful; some credit cards (Our Capitol One card, for example) charge a smaller percentage for fees. Another good thing: if the exchange rate is changing day by day, you may well get more out of your money in the long run.

It’s always best, though, to keep some cash on hand — preferably in the coinage of the realm, but many countries, especially those down south and north of America, will also cheerfully accept American dollars. Use small denominations, and stash your money in a safe place — like a travel security pouch that fits under your belt or a shirt. (Keep  a small amount in your pocket for casual purchases.) Traveler’s checks seem to be increasingly difficult to cash — in part because of fears of counterfeiting.

Make copies of your identification

Two sets let you bring one, and leave one at home. If your license or passport are stolen or mislaid, the extra copies will make it easier to get replacements. (It’s not a bad idea, either, to keep notes on where to go or what to do just in case Something Bad Happens — everything from where the closest hospital is, or where the embassy is located.)

*Go places where you can meet other people — or not. Traveling by train is a perfect opportunity to strike up conversations with others. In fact, if you eat at the dining car (a fun, if bumpy, experience in itself), strangers will share your table until it’s filled. Cruises do the same thing with reserved seating. Here’s your chance to get to know others in a non-threatening atmosphere.

Coffee shops and restaurants (especially ones with picnic or long tables, served family-style) are also good for talking to strangers. At the very least, you can gain more info on the best places to visit, stay or eat in town. You might even make a friend — and a free local guide — this way. On the other hand, if you’ve got work on your laptop to do — or just prefer to stare out the window at the scenery — that option is yours, as well.

Sometimes the experience of being in a crowd, without directly participating in it, can be comforting in itself.

Bring a friend – A furry one

Dogs love car travel — Charley, our Golden Lab mix, makes a beeline for the car door whenever he’s allowed. He’s been an interested visitor not only on several day trips and camping spots, but participated cheerfully in cross-country trip or two. (I made sure to bring adequate water, food and a comfy sleeping bag.) Many hotels now accept pets for a minimal extra charge, as well. Animals are good company, and can be a conversation starter. Some people even  take their pets in small carry on bags on the plane now, as emotional companions. If they’re a big dog, like 95-pound Charley, that option is out — but their presence can add extra security.

A trip into Mexico made me all too aware that I could not look men directly in the eyes for any period — unless I wanted to be pestered, that is. A Brazilian trip made it equally clear that I would never make the ‘OK’ hand sign again (thumb and forefinger together in a circle, with the other fingers up), unless I craved more unwanted attention. (Let’s say it represents a certain enthusiastic nighttime activity! Use a ‘thumbs-up’ motion, instead.)

A quick read of guidebooks, and some research on the Internet, will clear away a lot of cobwebs in this area, from what colors to avoid to the proper gestures and sayings for specific countries. Even gift-giving can affect your situation. (Giving anything with the number 4 on it could mean ‘death’ to a Japanese recipient, according to Wikipedia’s ‘Etiquette in Japan.‘ A 9 isn’t much better — it represents ‘suffering’ or ‘torture.’ Yow. )

While this is important for families and groups, it becomes especially critical to the traveling single.

Watch yourself — and others

Drinking and drugs put you in a dangerous position. Excessively-friendly locals may have been watching for just this opportunity. At best, you’ll wake up wondering exactly what just happened; at worst, you’ll be robbed or in jail. Don’t let yourself lose control, and pay attention to what’s going on around you at all times.

The Solo Traveler site has extra tips each for women traveling alone, as well as men traveling alone. Whatever your situation, traveling can be an immensely rewarding experience. Don’t miss out because, for whatever reason, you need to do it alone.

One Response to Flying Solo