If you’re a college basketball fan, this is a great time of year. March Madness ushers in all sorts of strange upsets. Teams who were shoe-ins for the championship slink home, collective tails between their legs, while the underdogs are celebrating on court.

Now we’re into April and the Final Four, with more drama and overtime excitement to come. Who will win the final championship?

Many of the stars of these NCAA teams will go on to professional basketball. They’ll be offered multimillion salaries from the NBA; cheers will resound through the arena when they trot out, and fans will fight to wear their number on a jersey. They’ll be known for their skill with three-pointers, or their ability to steal — and dunk — in one smooth motion.

And after the games end, they’ll go broke. 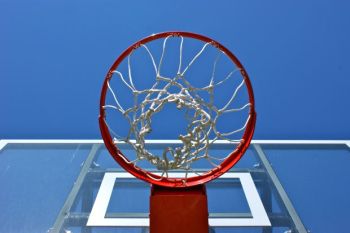 An astonishing number of professional athletes have done just that. From Scottie Pippen, who lost $120 million dollars in earnings (including $4 million on an executive jet that never did fly), to Allen Iverson, who just lost his Atlanta mansion to foreclosure, athletes are making big money — then losing it.

What can we learn from them, besides a fancy layup shot?

1) When the money’s there, don’t go wild. Luxury cars, fancy mansions, expensive clothing and jewelry — not only for yourself, but your family and friends. Allen Iverson didn’t learn this lesson too well. Long before his Atlanta mansion keys were taken away, Iverson bought a luxury home under construction for more than $3 million in the Denver area. By the time the home was finished, he’d stopped paying the mortgage. His deposit is now gone — and the Denver mansion has gone the way of the Atlanta one.

2) Be careful who you put in charge. Many of the athletes profiled in this article confessed that they hired ‘professionals’ to invest their money — then spend their time on hoops, instead of asking questions or checking up on credentials. Scottie Pippen tried suing his advisors for $8 million after a series of bad decisions, including the plane mentioned above. However, he recouped only a quarter of that amount when the judge ruled he bore some responsibility for the actions, too.

Others sank their income into car dealerships and other businesses — then left their managing to other people. Although some have made a good living by doing this, they’ve done so by staying directly involved. (Magic Johnson is a good example.)

3) Monitor your investments carefully. The old saying, “If it’s too good to be true, it probably is,” applies. Take Carlos Boozer of the Chicago Bulls, who sank a million dollars into Claudio Osorio’s company, InnoVida Holdings, which manufactured components for affordable housing. (The company was taken over by a court-ordered receiver  in March 2011, where it’s remained.)

Boozer sued Osorio and his wife Amarilis, InnoVida’s vice president for “intentionally, malicious, fraudulently misleading and false”  actions. They should have known better, however: “Boozer and his former wife, Cindy, say the Osorios promised 1,000 percent returns from projects that benefited disaster-stricken areas.” Really?

If Boozer had only done his homework. Osorio’s previous business, CHS Electronics, not only went bust after a wild ride, but inspired several multi-million dollar lawsuits alleging fraud. (Osorio and his former CFO were finally arrested in Denver 2012 for wire fraud. Mrs. O. remains free.)

4) Don’t let family and friends manage — or just plain spend — your money.  Players purchased vehicles and homes not only for themselves, but their families. They not only bankrolled friends’ expenses, but hired them to manage their finances, even if those people had no credentials or experience in creditably managing their own money. Oops, big mistake. One player’s father admitted that he didn’t even know the extent of a failed investment…even though Dad had been the one to get his son heavily involved.

Lottery winners have also learned this lesson the hard way. Gratitude is important, but so is covering your retirement. Because:

5) It won’t last forever. How long is the average lifespan of an NBA player? According to Yahoo!Answers, it’s 82-84 years old. Less than 5 years of that time is spent playing professional basketball. When retirement comes, players not only have less money, but now must deal with health issues. What will they do with the years ahead? Sadly, drugs and alcohol often seem to be the answer.

6) It’s not just basketball, or anything else for that matter — it’s your life. Far too many players, former and current, are paying child support for children by multiple women, or dealing with drug rehabilitation. Money problems are just another sign that they cared more for the sport than their actions or reputation. It’s not the way to live.

Prepare for the future

Like many of his fellow players, David Vaughn, who started at the University of Memphis, then moved on to a three-year contract with the Orlando Magic, thought the money would last forever.  By 2003, he had wasted all of his funds, was broke and living on the street. Fortunately, he got off drugs, cleaned up his act and eventually made amends. More recently, he was collecting unemployment ($250 a week)and living with his family in Orlando, FL. In a recent interview, he said:

“I have no regrets, except for what I put my family through. I’m a lot smarter now. I made it to the NBA, which was a dream of mine. I just didn’t know what to do when I got there. The money doesn’t last forever. It comes and goes. I made a lot of bad choices. Now I just want to get a decent job, drive a truck, be a security guard, maybe coach a little. I’d be happy with that life. My wife stuck with me through the hard times — and I’m grateful — and we made it through the storm.”

“I used to come to this library a lot when I had nowhere else to go,” he said. “If I had any advice for the young guys coming into the league today, it’s prepare for a future beyond basketball. If you’re not careful, everything can disappear.”