The old year may be nearly finished, and the new year beginning, but I have the same hopes, fears and admiration for the job you’re doing as new adults. It isn’t easy, is it…you’ve found that out now, in spite of your frequent statements, “When I get to be an adult, I’ll do anything I want!”

We’ve been proud of the way you both have progressed, learning from your missteps and building on them toward new goals. Here are the some of the things I’ve discovered, learning two decades-plus ahead of you: 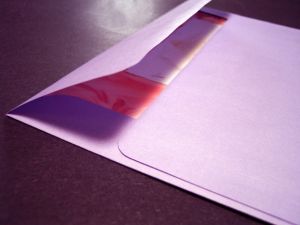 *What was doesn’t always have to be. I grew up on a farm, with limited chances for education and income, the child of parents whose opportunities were even more limited than mine. I could have stayed there, and never traveled, gone to college or took some risky chances.

I didn’t. Which meant that you have had opportunities that both your father (who grew up in similar circumstances) and I never had, from flying in a plane since you were babies, to color television (it was fourth grade before our family got a b&w tv!) to your own laptop by college. (Not to mention being born — your father and I would have never met, without my willingness to move somewhere else.)

Who knows what your children can accomplish, as they build on what you’ve been able to do.

*No money? Limited opportunities? Don’t take ‘no’ for an answer. Your grandfather barely finished the 8th grade, yet gave himself an extensive education through reading. He also insisted that his children go to college — and thanks to working their way through school, as well as scrimping and saving, we did. I would like you guys to receive an education as well.

I clearly remember being told as a would-be college freshman that I should pick a ‘nice school’ where I could go for a year to find a husband. It didn’t occur to my uncle, bless his heart, that I might be planning another path. Make your own way — it won’t be easy, but you’ll be a better person for it.

*Whatever you choose to do, work hard at it. Want enough to pay your bills? You’re going to have to work for it. And especially at first, you probably won’t get the perks that experience and opportunities hand out. It takes a while…but that doesn’t mean it isn’t worth it.Be patient.

*Just because it’s rarely been done, doesn’t mean you shouldn’t attempt it. Write a book, on the subject you hold dear? Start a company, selling products no one else does? Teach or travel on your terms? You may have to work hard to accomplish these goals…but once they happen, then people will say, “What a clever idea!” They may have thought you were weird at the beginning, or wasting your time…but they won’t by the endgame. Take a chance — you may fail, but you won’t regret it.

*Keep a close eye on your costs – a balance between income and outgo must be kept. Sometimes you need to borrow money to achieve your dreams….but only if you have a solid, concrete way to pay that money back. You’re better off holding your expenses back, until you can afford to pay them, even if that means existing on short rations and economizing at first. Living close to the bone never hurt anyone — in fact, it makes you appreciate a higher income or more spacious living quarters when they finally come.

*Save money wherever and whenever you can. I once heard someone say, “The key to saving isn’t in the luxuries — it’s the necessities.” If you can stretch your dollars further, by turning the thermostat down or cutting back on meat once or twice a week, those little savings can fund the future. Also, you’ll need those funds when:

*Hard times WILL come. You may be happy and prosper your whole life. I would like to say I wish that for you. But it’s the difficulties that make you stronger — the times when you’re out of work, your partner has surgery, your parents are ill, or your children are struggling. Be patient, even if it means you can only think ahead, one day at a time. (I’m a firm believer in the power of prayer through these hard periods, as well.) Hang in there. It will get better.

*Never miss the chance to try something new. Food, languages, cultures…these will broaden your world and give you opportunities you might have otherwise missed. Technology, too — if it’s helpful, and you can afford it, go for it. (And that’s coming from a mom who couldn’t figure out how to turn her computer on for months, when she first got it.)

*Treasure your name. When you left to go out with friends in high school, your father would say, “Remember what your last name is.”He meant what we have both worked so hard at over the years — a reputation for honesty, kindness and good ethics, even if it meant missing out on a chance to make money or some other advantage. Your grandparents felt the same way: a good reputation is priceless.Practice it, and teach your children the same thing, and we’ll be proud of you, no matter what you end up doing.

Listen to what others say — but think for yourself. God gave you a brain for a reason. Don’t assume that just because someone made a statement, it’s true. (The Internet is rife with such tomfoolery.) Also, what’s best for you now may not be a decade from now. Things change. Think it over…reason it through…and make your own decision.

We love you very much.

What advice would you give your children, based on your life experience?

13 Responses to A Letter To Our Children